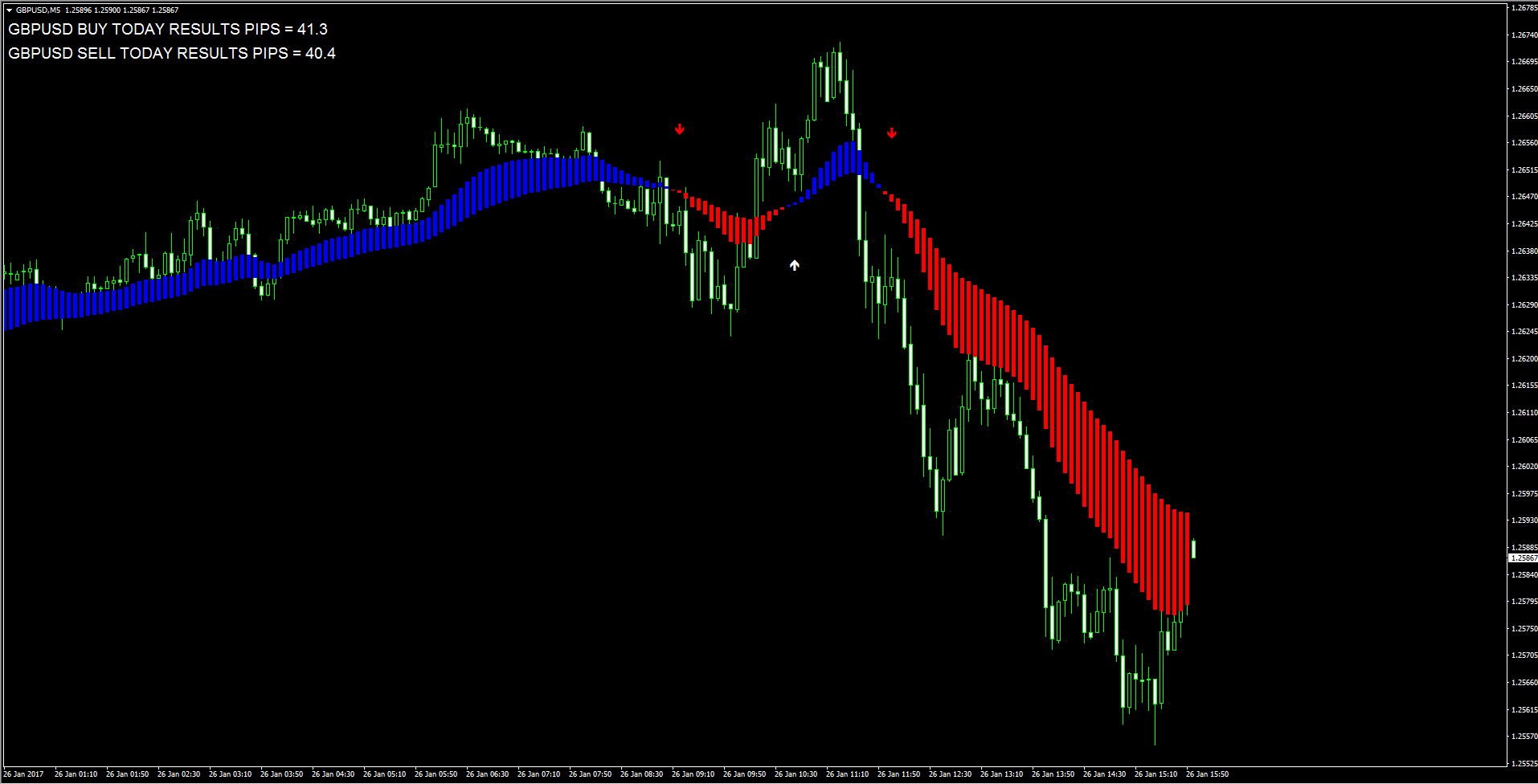 EUR/USD keeps red around 1.0700 handle after US economic releases
After once again failing to clear 1.0770 hurdle, the EUR/USD pair lost ground and slipped below below 1.0700 handle.The selling pressure, however, abated following the US economic releases that showed weekly jobless claims for the week ended Jan. 20 rose more-than-expected to 259K as compared to 247K expected and 234K reported in the previous week. Meanwhile, the US trade balance for December came-in to show a deficit of $65 billion, matching previous month?s $65 billion. Today?s economic data failed to provided an additional boost to the greenback?s recovery move, albeit the key US Dollar Index held on to its recovery gains from 7-week lows to currently hovering around session tops near 100.35 region. The pair was last seen trading around 1.0705 level, within striking distance of 4-day low touched in the past hour.Adding to this, dovish comments from ECB's Villeroy, saying that Euro-zone recovery is not yet satisfactory, also collaborated to some renewed selling pressure around the major. From a technical point of view, the pair maintains the neutral-to-bullish bias, as despite technical indicators lack directional strength around their mid-lines, the moving averages keep heading north, whilst the price stands above the key Fibonacci support at 1.0710. As commented on previous updates, it will take a downward acceleration below this level to see the pair extending its decline down to 1.0660 first, and towards 1.0620 later on the day."She further writes, "The upside continues to be capped by a bearish 100 SMA at 1.0770, the level to surpass with momentum to confirm an upward continuation towards the 1.0800/40 price zone.

GBP/USD tumbles to lows near 1.2580
The Sterling is now suffering the pick up in the demand of the greenback, dragging GBP/USD to fresh daily lows in the 1.2585/80 band.The pair shed around a cent after climbing as high as the 1.2680 area in early trade following the renewed buying interest surrounding the buck during in the European afternoon.GBP met increasing selling pressure and prompted the ongoing correction lower in spot despite preliminary GDP figures for the fourth quarter have come in above expectations, showing the economy is now seen expanding at an annualized 2.2% and 0.6% QoQ.Despite the leg lower, the pair stays on its way to close its second consecutive session with gains, including fresh 6-week tops at today?s peak in the 1.2670/75 band.Later in the session, USD will take centre stage in light of the releases of US Initial Claims, Trade Balance figures, New Home Sales and Markit?s Services PMI.As of writing the pair is losing 0.39% at 1.2586 and a breakdown of 1.2507 (100-day sma) would open the door to 1.2488 (low Jan.25) and finally 1.2420 (55-day sma). On the other side, the next hurdle aligns at 1.2673 (high Jan.26) followed by 1.2729 (high Dec.13) and then 1.2776 (high Dec.6).

AUD/USD slides to session low ahead of US data
Having posted a session high at 0.7585 level, the AUD/USD pair came under renewed selling pressure and traded with bearish bias for the third consecutive session.Currently trading around 0.7540 region, testing session lows, a modest greenback recovery, with the key US Dollar Index rebounding from 7-week lows, was enough to reverse part of the pair's rebound move from Wednesday's weekly lows touched in the aftermath of disappointing Australian CPI print. Apart from the broad based greenback recovery, a fresh leg of up-tick in the US treasury bond yields is also driving flows away from the higher-yielding currency - Aussie. Next in focus would be the US economic releases, including weekly jobless claims and new homes sales data, which could help traders to grab some short-term trading opportunities ahead of Friday's quarterly GDP growth number from the US.Immediate downside support is seen near 0.7520-15 area below which the pair is likely to retest 200-day SMA support near 0.7500 handle before heading towards 0.7475 horizontal support. On the upside, 0.7580 level now seems to have emerged as immediate resistance, which if cleared might now lift the pair beyond 0.7600 handle towards its next major hurdle near 0.7640-50 region.

USD/CAD retakes 200-DMA at 1.3100 handle
The USD/CAD pair caught some bids near mid-1.3000s and recovered back above 1.3100 handle, snapping three consecutive days of steep declines.Currently trading around 1.3110 region, testing session peaks, rising US treasury bond yields seems to have triggered a bout of US Dollar short-covering move across the board and has been a key factor helping the pair to recover back above the very important 200-day SMA. Meanwhile, a retracement in oil prices, with WTI crude oil drifting back below $53.00/barrel mark, is further denting demand for the commodity-linked currency - Loonie, and collaborating to the pair's recovery from weekly lows. Of late, the greenback has failed to benefit from the US President Donald Trump's actions, pointing to his plans to increase public spending, as investors remained concerned over his protectionist stance and warning over stronger domestic currency, which might continue to weigh on the greenback and could possibly restrict any swift recovery for the major.Today?s US economic docket, featuring the release of weekly unemployment claims, goods trade balance, flash services PMI, new home sales and CB?s leading indicator, would be looked upon for some short-term trading opportunities during early NA session. A follow through buying interest above 1.3120 level is likely to lift the pair towards 1.3150-55 horizontal resistance above which a fresh bout of short-covering should continue to boost it beyond 1.3200 handle towards 1.3220 resistance.On the flip side, renewed weakness below 1.3065 support now seems to drag the pair back towards 1.3030 region, en-route 1.30 important psychological mark support.

GBP/JPY digests UK's 'O.K.' GDP around 143.70 handle
Currently, GBP/JPY is trading at 143.69, up +0.45% or 65-pips on the day, having posted a daily high at 144.35 and low at 142.88.The British pound vs. Japanese yen enjoyed two-weeks in the green yard, and it seems the uptrend is likely to continue due to a positive GDP reading in the UK. However, how far can any economy run if growth is supported only by the Service Sector? Then, 'hard' Brexit becomes a challenging scenario knowing how vulnerable is the GDP figure in 2017. Historical data available for traders and investors, during January, indicates that GBP/JPY cross had the best trading day at +1.64% (Jan.17) or 229-pips, and the worst at -1.58% (Jan.9) or 223-pips.Bloomberg reports, "While the support is welcome, it may prove unsustainable. Households are borrowing with abandon and saving less, and an expected pickup in inflation through this year raises the risk of a squeeze on incomes. Economists forecast a sharp slowdown this year, and Bank of England of England Governor Mark Carney has warned of pressure from inflation and weaker business spending." The report continues, ?Today?s data was good, but there are pockets of potential unsustainability in household spending that could drive a slowdown,? said Chris Hare, an economist at Investec Securities in London and a former Bank of England official. The economy?s ?rebalancing? toward exports has so far failed to materialize, he said."