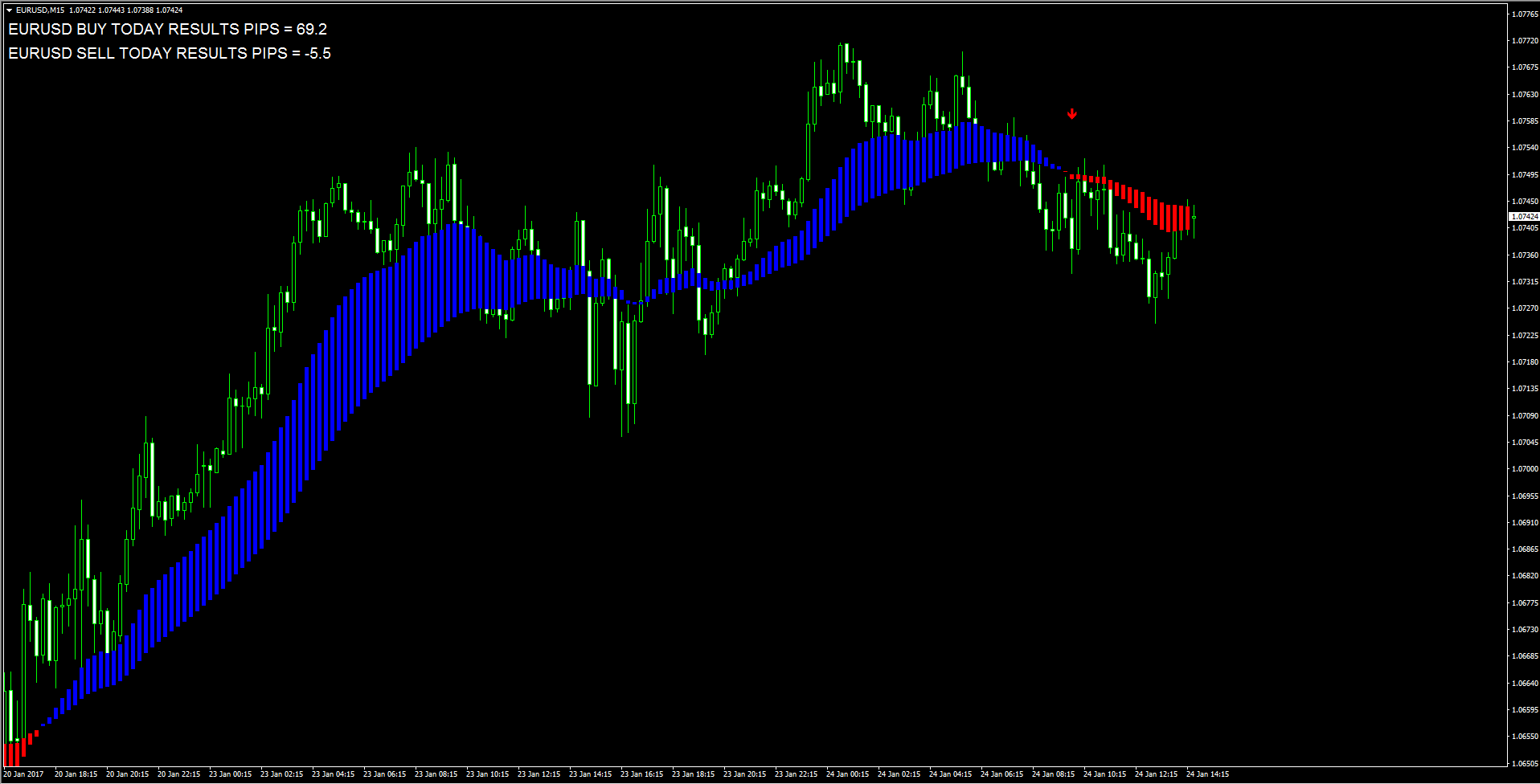 EUR/USD maintains bearish bias around 1.0750 area ahead of US data
The EUR/USD pair maintained its bearish trading bias on Tuesday and is currently trading closer to the lower end of daily trading range, around 1.0740-45 region.Today's mixed Euro-zone PMI readings failed to impress bulls and assist the pair to build on to its recent leg of up-move from 50-day SMA support. Moreover, a broad based greenback recovery, led by a sharp rebound in the US treasury bond yields, also collaborated to the pair's corrective move from the highest level since early December. In fact, the key US Dollar Index has managed to stage a goodish recovery from 7-week lows, despite of Trump?s Treasury Secretary pick Steven Mnuchin warning on strong dollar. The greenback, however, struggled to extend recovery move amid growing concerns over the US President Donald Trump's protectionist stance and uncertainty surrounding his fiscal stimulus policies. Next on tap would be the release of flash manufacturing PMI and existing home sales data from the US, which would be looked upon for some short-term trading opportunities. Immediate support is pegged near 1.0715-10 region below which the pair is likely to immediately slide to 1.0680-75 horizontal support, en-route 1.0625 intermediate level and 50-day SMA strong support near 1.0590-85 region.On the upside, sustained move above 1.0765 level should assist the pair to build on to its recovery momentum and lift it beyond 1.0800 handle, towards testing its next major hurdle near 1.0820 level ahead of 100-day SMA strong resistance near 1.0840-45 region.

GBP/USD drops to fresh session low, now eyeing 1.2400 handle
The GBP/USD pair extended its bearish corrective slide from 100-day SMA hurdle and dropped to fresh session low during early NA session.Currently trading around 1.2425 region, the pair accelerated its downslide after the UK Supreme Court ruled against the government and voted 8-3 in favor of Parliament's approval before triggering Article 50 of the Lisbon Treaty. It is, however, worth reporting that the Parliament has already indicated support for getting on with Brexit process and the UK PM Theresa May has also indicated that the final Brexit plan would be put for a vote in both Houses of Parliament.Meanwhile, comments from UK Brexit minister David Davis, referring to the need for a Bill to go through Parliament, provided little respite for the bulls and the pair extended its reversal from the highest level since mid-December. Meanwhile, a broad based US Dollar recovery, despite of strong dollar warning by Trump?s Treasury Secretary pick Steven Mnuchin, also collaborated to the pair's offered tone on Tuesday.Next on tap would be US economic docket, featuring the release of flash manufacturing PMI and existing home sales data, which would be looked upon for some fresh short-term trading impetus.The 4 hours chart shows that the price remains well above a bullish 20 SMA, whilst technical indicators are turning modestly higher after correcting overbought readings. Previous daily highs in the 1.2410/20 should now act as support, and below those levels the paircan correct lower, down to 1.2360." She further writes, "Renewed buying interest above 1.2500 on the other hand, should send the pair up to 1.2550 level, whilst beyond this last an approach to 1.2590 is likely, should upcoming US macroeconomic releases disappoint."

USD/CAD inter-markets: keeping an eye on US
Spot has resumed the upside on Tuesday, mainly bolstered by a better tone around the greenback, while CAD?s outlook remains fragile, particularly following the recent steady stance from the Bank of Canada and after President D.Trump took office.CAD appears somewhat decoupled from crude oil dynamics in recent weeks, paying more attention instead to the yield spread differentials between in the US and Canadian money markets, especially in the shorter end of the curve. That said, the monetary policy divergence between the Fed and the BoC has thus taken the driver?s seat as the main driver in the pair?s price action, at least for the time being.Adding to CAD jitters, President Trump signed on Monday an executive order to renegotiate the NAFTA, while uncertainty over further economic measures and their impact on the buck remains on the rise.In the meantime, the constructive outlook on the greenback gauged by the US Dollar Index (DXY) stays unchanged as long as the 8-month support line holds (today at 97.10), while the psychological support at the 100.00 handle has proven to be a tough barrier for sellers so far. USD/CAD seems to have found solid support around last week?s lows in the 1.3000 neighbourhood, and has staged quite a significant rebound since then. The next hurdle emerges at levels just below the 1.3400 limestone, with no further relevant resistance levels until December tops in the 1.3600 region.

USD/JPY recovery gains traction, his fresh session peak near 113.50 level
The USD/JPY pair maintained its bid-tone during mid-European session on Tuesday and has now recovered nearly 100-pips from multi-week lows near mid-112.00s touched during early Asian session.Currently trading around 113.45 region, testing session tops, a sharp rebound in the US treasury bond yields helped the key US Dollar Index to recover from 7-week lows and has been a key driver of the pair's recovery from the lowest level since Nov.30.Moreover, with UK Supreme Court ruling on Brexit out of the way, a mildly positive sentiment surrounding European equity is further weighing on traditional safe-haven assets, including the Japanese Yen, and collaborating to the pair's spike in the past hour.Traders on Tuesday will take short-term trading clues from the release of flash manufacturing PMI and existing home sales data ahead of Japanese trade balance data during early Asian session on Wednesday."A failed bullish break from the falling channel followed by a drop to 112.52 suggests the bears remain in control and could take the pair down to 111.40 levels. The rebound seen at the time of writing could run into resistance at 113.62-113.75. Moreover, the daily and 4-hour RSI is yet to hit the oversold territory. Thus, fresh offers are anticipated on the rise. Only an upside break from the falling channel would suggest a temporary low has been made and the spot is moving towards double bottom neckline level of 115.62. The only factor that supports a corrective move is the upward sloping 50-DMA."

EUR/GBP retreats from highs, still well-bid above 0.8600 handle
Having posted a session low at 0.8570 level, the EUR/GBP cross managed to regain some traction and extended its recovery further beyond 0.8600 handle.Currently trading around 0.8625-30 band, the British Pound came under renewed selling pressure on Tuesday after UK Supreme Court ruled that the government has to seek parliamentary approval before triggering Article 50 to begin the process of exiting the European Union. The British Pound's downslide, however, remained limited on comments from UK PM May?s spokesperson that parliament has already indicated its support to the referendum and hence, the decision is unlikely to raise any possible hurdle to Brexit. Meanwhile, an offered tone around the EUR/USD major, failing to extract any support from Euro-zone PMI prints, also collaborated towards hindering the pair's up-move further beyond mid-0.8600s.With the key event risk out of the way, focus now shifts to one of the most important economic indicators from UK, quarterly GDP growth numbers for the fourth-quarter of 2016, slated for release on Thursday. A follow through buying interest might continue to boost the cross further towards 0.8670-75 resistance area ahead of 0.8700 round figure mark and next important resistance near 0.8725-30 region. On the downside, 0.8600 handle now becomes immediate support and is closely followed support at 0.8580 region. A convincing break below 0.8580 support is likely to accelerate the slide towards 50-day SMA support near 0.8530 region, with 0.8550 providing some intermediate support.

WTI reverts the downside, approaches $53.0
Crude oil prices are slightly higher on Tuesday, now lifting the West Texas Intermediate to the $52.80 region per barrel ahead of the API report due later.Prices for the WTI keep navigating within a narrow range during the first half of the week amidst absence of relevant events, finding decent support near the $52.00 mark while the upside appears capped in the mid-$53.00s.WTI stays under pressure so far, as scepticism around the fulfilment of the OPEC-non OPEC deal clinched in November remains unabated while the recent pick up in the US drilling activity risks an increase of US production, prompting concerns over the supply glut to re-emerge.Looking ahead, the API?s weekly report on US crude oil supplies is due later in the NA session, ahead of tomorrow?s EIA?s report and Friday?s US oil rig count by driller Baker Hughes.At the moment the barrel of WTI is up 0.19% at $52.85 facing the next resistance at $53.47 (high Jan.23) followed by $53.52 (high Jan.17) and finally $54.32 (high Jan.6). On the downside, a break below $50.84 (55-day sma) would aim for $50.71 (low Jan.10) and then $49.95 (low Dec.15).