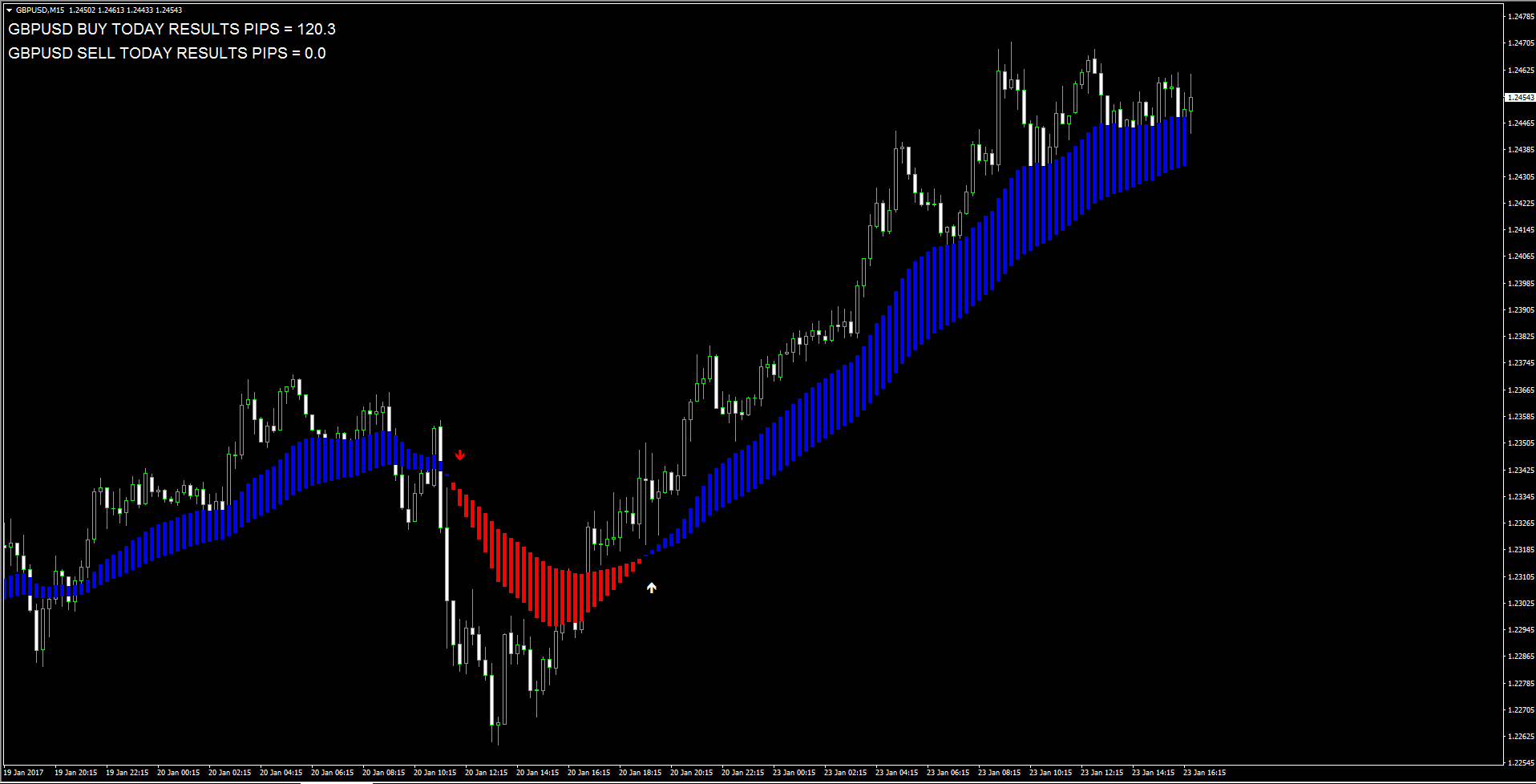 EUR/USD unmotivated near 1.0720 ahead of Draghi
EUR/USD is now prolonging its consolidative theme in the low-1.0700s always amidst a persistent offered bias around the greenback.The pair keeps the upside momentum well and sound at the beginning of the week, always against the backdrop of a weaker Dollar as Trumphoria keeps losing vigour.Spot advanced to fresh 7-week tops just above 1.0750 during overnight trade, although the up move lacked of follow through and prompted the current slide to the 1.0730/20 region.Price action remains exclusively driven by USD-dynamics, which in turn keeps its focus on the developments from the new US administration and its potential future steps.In the positioning space, the latest CFTC report showed EUR speculative net shorts have climbed to 2-week tops on the week to January 17.On the data front, EMU?s advanced Consumer Confidence gauged by the European Commission is only due later, with consensus expecting an improvement to -4.8 for the current month.The pair is now up 0.14% at 1.0718 and a breakout of 1.0755 (high Jan.23) would open the door to 1.0798 (high Dec.5) and then 1.0873 (high Dec.8). On the flip side, the immediate support aligns at 1.0622 (low Jan.19) followed by 1.0619 (short-term support line) and finally 1.0598 (55-day sma).

GBP/USD clings to strong gains above 50-DMA
The GBP/USD pair maintained its strong bid tone above 50-day SMA, albeit has retreated around 25-pips from session peak and is currently trading around mid-1.2400s.Receding worries of a 'hard Brexit', following last week's speech from the UK Prime Minister Theresa May, coupled with persistent US Dollar selling pressure, in wake of disappointment from the US President Donald Trump's inaugural speech, provide the required momentum to clear 50-day SMA strong barrier and jump to the highest level since Dec. 19.Market participants, however, seems to have turned cautious and now keenly await for the UK Supreme Court ruling on whether Parliament approval is necessary to trigger Article 50, expected on Tuesday. In the meantime, broader market sentiment surrounding the greenback would remain the sole driver for the movement on Monday. Momentum above session peak resistance near 1.2470-75 region now seems to lift the pair beyond 1.2500 psychological mark, towards its next major hurdle near 1.2575-80 area. On the downside, 50-day SMA near 1.2410-1.2400 region now becomes immediate support, which if broken is likely to accelerate the downslide towards 1.2340-35 horizontal support, en-route 1.2300-1.2290 zone.

AUD/USD spikes to fresh session peak at 0.7580 level
A fresh wave of greenback selling pressure seems to have emerged during early NA session, with the AUD/USD pair regaining traction to hit a fresh session peak.Currently trading around 0.7575 region, broad based US Dollar weakness helped the pair to extend its near-term recovery back above the very important 200-day SMA. Disappointment from Friday's inaugural speech by the US President Donald Trump triggered a sharp slide in the US treasury bond yields and continues to benefit higher-yielding currencies - like the Aussie, lifting the pair back closer to over two-month tops touched last week on Friday. Meanwhile, subdued performance in the commodity space, with copper giving up majority of its daily gains, has failed to lend any additional support. In absence of any fresh fundamental drivers, in-terms of any economic releases, the US Dollar price-dynamics remains the exclusive driver of the pair's movement on Monday. From current levels, 0.7600 handle is likely to act as immediate resistance above which the pair is likely to aim towards 0.7645-50 hurdle with 0.7615-20 region acting as intermediate resistance. On the flip side, 0.7555-50 area now becomes immediate support to defend, which if broken would accelerate the slide towards 0.7520-15 support (Friday's low), en-route 200-day SMA support near 0.7500 psychological mark.

USD/CAD bullish near-term Scotiabank
FX Strategist at Scotiabank Eric Theoret noted the pair keeps the bullish outlook unchanged in the short term. ?Interest rate differentials have been a key driver for CAD over the past two weeks. Friday?s CPI disappointment has softened expectations for BoC policy, nearly eliminating the 5bpts of tightening (12 month horizon) that OIS had been pricing in throughout most of January. We remain CAD bears on the basis of relative central bank policy, looking to a neutral BoC and a ?gradually? hawkish Fed?. ?USDCAD has completed a bullish outside reversal on the weekly charts. Daily momentum indicators have faded their bearish bias and have shifted to neutral. Near-term support is expected around 1.3250 and we look to gains back toward the recent high just below 1.3400 and the mid-point of the 2016 range?.

EUR/GBP drops to 2-week low, inching closer to 0.8600 handle
Having posted a session high near 0.8665 region, the EUR/GBP cross ran through fresh offers and dropped to the lowest level since Jan. 9.Receding worries of a 'hard Brexit', after last week's speech by UK PM Theresa May, continues to underpin the British Pound and has been the exclusive driver of the pair's near-term movement. Brexit news would continue to dominate the headlines as markets now look forward to tomorrow's UK Supreme Court ruling on whether Parliament approval is required to trigger Article 50. Meanwhile, a mild retracement in the EUR/USD major also collaborated to the pair's offered tone on Monday and build on last week's sharp reversal from over two-month tops. At the time of writing, the cross was trading around 0.8615 region, having posted a session low at 0.8606 level. Speech from the ECB President Mario Draghi would now be looked upon for some fresh trading impetus ahead of flash Euro-zone PMI prints on Tuesday. However, the release of advanced UK Q4 GDP Print on Thursday would be the most significant economic data influencing the pair's next leg of directional move. On a sustained break below 0.8600 handle, the cross seems vulnerable to head back towards 50-day SMA support near 0.8530 region with 0.8580-75 zone providing some intermediate support. On the upside, decisive move above 0.8655-60 immediate hurdle has the potential to lift the cross towards 0.8700 handle ahead of its next major hurdle near 0.8725-30 region.

USD/JPY maintains bearish bias well below 114.00 handle
The USD/JPY pair ran through some fresh offers near 113.80 region, stalling its minor recovery attempt, and might now be heading back towards the lower end of daily trading range.Long-dollar unwinding trade remained the key theme on Monday after the US President Donald Trump?s inauguration speech failed to provide any details over his plans for economic stimulus. However, a mild recovery in the US treasury bond yields provided a much needed respite and helped the key US Dollar Index to hold its neck above 100.00 psychological mark. The recovery, however, remained short-lived amid prevalent risk-off environment, which tends to benefit the Japanese Yen's safe-haven appeal. Investors' risk aversion mood is clearly depicted by weaker trading in the European equity markets and indication of a softer opening in the US. With the underlying uncertainty around Trump?s administration, and his fiscal stimulus measures to boost the economy, markets now turn their focus on this week's key macro releases from the US (GDP and durable goods orders) and Japan (national core CPI), slated for release on Friday. In the meantime, broader market risk-sentiment and USD price dynamics would remain exclusive drivers for the pair's movement.Currently trading around 113.40-50 band, immediate support is pegged at session low near 113.20-15 region below which the pair seems more likely to break below 113.00 handle and head towards testing 112.60 important horizontal support (Jan. 17 low). On the upside, any recovery attempt above 113.80 level might now confront immediate resistance near 114.00 handle above which the pair is likely to head back towards 50-day SMA hurdle near 114.35-40 region.